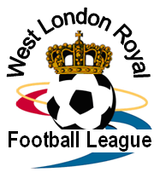 7 and 8 a side Football League

In order to have fair competition, new rule will apply from 19th February 2014:

1. Teams could take maximum 2 players from any another team. If you borrow more than 2 players for your game points would be rewarded to the opposition team.

You could register as many players as you want.

During the game each team can roll their substitutes. Substitutes must wait outside the pitch until substituted player leaves the field of play. Play will not be stopped because of substitutions.

In case of the clash of the shirt colour, away team must change their colour.

60 minute games to be played at the designated time shown in the fixtures/ results on our website. You will know a week in advance when and what times your games are.

Home team will have kick off in the first half and away team in the second half of the game. Player could score goal direct from the kick-off kick.

Referees will have the ability to show yellow card to send players to the sin bin (2 minutes off) for unsporting behaviour or any aggressive attitude and for this period that team will be a man/woman down. Violent players and players with offensive, insulting or abusive language will be sent off (by red card) and for 2 minutes the team will be a man/woman down. After 2 minutes the player could be substituted by another player only. He will not be allowed to play in the same game. Disciplinary committee will decide about length of the player’s suspension for other games.

Slide tackles are allowed, however if (in referees view) game could escalate because of too many slide tackles, referee will have power to ask both teams to play without slide tackles up to the end of that game

If player kicks the ball out - under arm throw will be taken by opposition player.

If the ball is kicked out behind the goal-line (or over the fences) by attacking player, goal keeper will restart the game. Keeper could restart the game kicking or throwing a ball.

If the ball is kicked out behind the goal-line (or over the fences)by defending player or by goal keeper, corner kick will be awarded to the attacking team.

If a player passes back to keeper the keeper can pick the ball and hold for 6 seconds only.

Goalkeeper could play outside his area as a player, however if the goalkeeper handles the ball outside his area, a free kick will be awarded to the attacking team and all defenders must move on distance of minimum 5 yards from the ball (distance for all free kicks).

All other fouls that take place are at the referee’s discretion and the result is a direct free kick, except of the fouls inside of the goalkeepers (D) area where the result is the penalty kick from 2 yards outside goalkeeper's area.

* If a team is not ready to start within 10 minutest after KO time  they shall lose one goal & for every additional 10 minutes a team is late and will keep losing goals up to a maximum of three. The Referee will start his watch when the match is due to kick off, so the match time will be reduced if a team is late.

* Please note – no excuses will be accepted for late arrivals and the above rule will be strictly enforced. In order to do this, the complaining team MUST make it clear with the referee and opposition before kick off.

* If a team forfeit fixture 3 - 0 win will be awarded to the opposition team and your deposit will be taken as payment for the pitch.